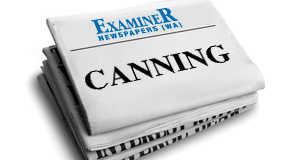 The saga that saw two inquiries into the City of Canning’s functionality and dismissal of the previous Canning council was almost over.

The city wrote to Local Government Minister Tony Simpson to confirm it had carried out the recommendations of a 2012 inquiry and the 2014 panel inquiry.

The council was suspended in 2012 after the first initial inquiry found several governance issues including major problems between some staff and councillors.

An inquiry panel further investigated the problems in 2013 and in May 2014 published the final report, which contained 91 findings and 10 recommendations, including dismissing the council.

McLeods Barristers and Solicitors undertook a review and believed the city had completely implemented most of the recommendations from the inquiries.

Canning chief executive Lyn Russell said the city had made several changes to improve governance in the city.

“The city has introduced infocouncil, an electronic system to manage council meeting processes,” she said.

“Overall infocouncil assists in providing all of council with a consistent set of papers which in turn enables more effective decision-making.

“The city has also introduced the two step process for council decision making where all council reports are discussed at the agenda settlement briefing (ASB) in the week before the council meeting.

“Public question time is now included at both the ASB and council meetings so as to provide additional opportunities for community engagement in the decision-making process.”

She said a revised code of conduct was endorsed in 2014, which encompassed obligations for both city administration and elected members.

“The city will review its code of conduct in the second half of 2015 to identify areas for further improvement, including in respect of the reasonable use of emails and letterhead by elected members,” she said.

Mr Simpson said the commissioners were stabilising the ‘ship’ and getting it ready for the October elections.