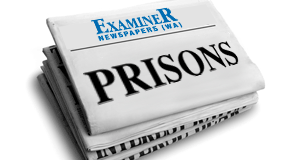 Mr Papalia called on the government to review justice policies on fine defaulters, mandatory sentencing and bail management following the release of the economic regulation authority’s (ERA)draft inquiry into the efficiency and performance of WA prisons.

Mr Papalia said the government had to acknowledge the biggest issue facing prisons and the taxpayer in the field of crime and punishment was the number of people going into prison.

“It’s exploded under the Barnett government, they need to look at why that has happened and take action to prevent people who don’t need to go to prison, like minor offenders, from going there,” he said.

“I think it’s stupid locking up fine defaulters, they cost us more than they are notionally paying off and they encumber the system with more overcrowding.

“If law and order policies were succeeding, the prison population would diminish as offenders were deterred from reoffending.”

“Imprisonment is a penalty of last resort, imposed only when no other sentencing option available to a court appropriately addresses the need for punishment and protection of the community,” he said.

“The state government is also continuing and expanding policing and court diversion options to deflect young and first-time offenders from the criminal justice system in appropriate cases.”

Mr Mischin said around 0.4 per cent of WA prisoners were in jail at any one time to serve out fine defaults.

“The government has instituted a raft of measures – including wheel clamping, enhanced warrant enforcement measures to seize property, number plate removal to recoup fines from the state’s worst fine defaulters,” he said.

Corrective Services Commissioner James McMahon welcomed the ERA inquiry and said benchmarks were an innovative way to measure the complexities of prison performance.

Law society of WA president Matthew Keogh said the continued existence and expansion of mandatory sentencing regimes produced unjust results, were ineffective, and increased costs and delays in the court and prison systems.