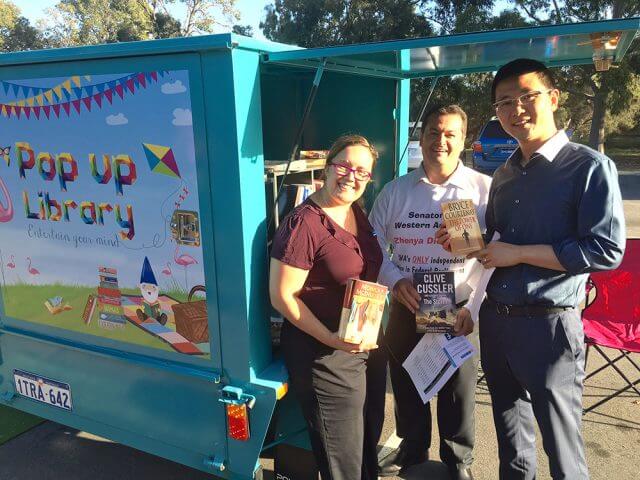 Clive Palmer’s political career may be over but the party he founded is still going strong according to Palmer United Party Senator Dio Wang, who was campaigning in Maddington last week.

His comments come after Mr Palmer ruled out a Senate bid this week following a previous announcement that he would not seek re-election to his lower house seat earlier this month.

Mr Wang, now the sole remaining PUP politician in the Australian Parliament, said despite public opinion it was not a one-man party and he had a strong track record of representing the public’s interest in the Senate.

“We’ve voted differently on a number of occasions and people can now see clearly that Clive did set up the party genuinely in the interest of serving the country so it does help to depersonalise the party,” he said.

“It’s hard to tell how voters will react to him not running but it won’t be long until we find out.”

Mr Wang said since being elected to the Senate in 2013 he had campaigned against unfair redistribution of GST in WA and had established an inquiry into a national corruption watchdog.

He said while both issues had been put on the backburner thanks to the double dissolution election he intended to put them back on the agenda, along with an inquiry into Lyme’s disease in Australia, should he be re-elected.

Mr Wang said regardless of the election’s results he hoped there would still be an independent Senate with a number of cross benchers.

“Whichever party the public wants to be in government is really their choice but they need to think about what happens if this time again the government breaks their promises,” he said.

“That’s why we need a Senate and we need a number of cross bencher senators, independent from the major party machines, to hold the government to account so that they can’t walk away from their promises.

“It doesn’t have to be me as long as we have some independence within the Parliament – that will always help to bring forward the issues major parties can’t be bothered to touch.”

He described double dissolution trigger as ‘farcical’ and said no one had discussed the Australian Building and Construction Commission bill since the election was called.

This is Mr Wang’s third election campaign since 2013 despite being elected to a six-year term.

His second campaign was a result of the 2013 Senate recount.