Home Armadale No staff to go from AKMH 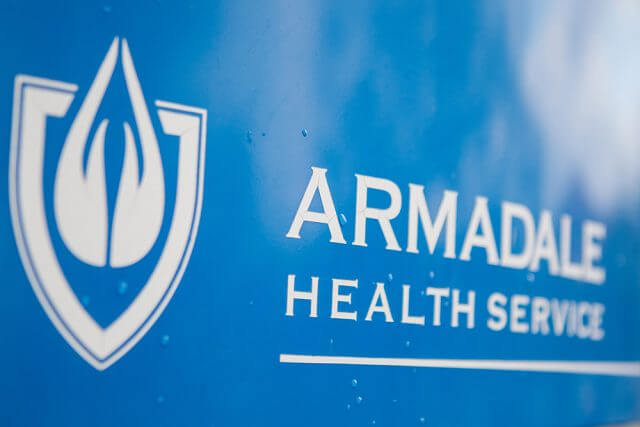 There are no planned staff reductions for Armadale Kelmscott Memorial Hospital but the executive team is still required to find efficiencies according to South Metropolitan Health Service acting chief executive Geraldine Carlton.

Armadale Kelmscott was over budget by the equivalent of 52 FTEs, Fiona Stanley was over by 297, Royal Perth by 568 and Fremantle by 170.

Health Minister Kim Hames said the 1163 jobs were the equivalent of the $200 million the health service was over budget but it did not necessarily mean staff cuts.

“We’ve got a voluntary redundancy package of 250 people so the number (of jobs gone) will be somewhere between those two depending on how they’re able to reduce the number of the expenses that they’ve got within that system,” he said.

Ms Carlton said being $200 million over budget and with wages forming the majority of the hospitals’ expenditure they had to put particular focus on better managing rosters.

“Managing rosters more productively ensures there are the correct numbers of staff available across the 24-hour period to deliver care and support services, which lessens reliance on overtime, recall or call backs,” she said.

She said patient safety would not be compromised.

“There are many high-performing hospitals in Australia with similar patient profiles that demonstrate safe and quality care can be delivered within the activity given and with a lower FTE.”

“Week by week examples of the cuts impacts on patient care are being felt across the system from Armadale to Fremantle,” he said.

“We have seen threats to withdraw ophthalmological services at Rockingham, numerous problems at Fiona Stanley Hospital with the Serco contract and the proposed closure of the intensive care unit at Fremantle Hospital.

“It’s clear that the system is already under enormous strain and we cannot afford to see cuts to the numbers of doctors or nurses because of governmental mismanagement.

“It is also galling to hear the Premier Colin Barnett and the Minister of Health claim there are ‘too many people in the system’ when doctors are regularly working unpaid or un-rostered hours and are unable to take the leave to which they are entitled.”

Homelessness on the rise as agencies band together

A $1.8 million concession for ratepayers

Tree Day more popular than ever

Digital signage on the way