Home Entertainment Leather clad legend back for an encore

The first lady of rock and roll is returning to Australia in February.

Suzi Quatro has been performing for more than 50 years and this will be her thirty-second Australian tour.

This time there are a couple of surprises – she is bringing her new band with her and she has a new title.

“I received my honorary doctorate of music from Cambridge University recently, so I am Dr Quatro, it’s official,” she said from her home in England.

“The ceremony was full of people, I was sitting up there with all the professors I was in tears.”

She has also formed a new band with Andy Scott from The Sweet on guitar and Don Powell from Slade on drums called QSP, something the legendary rocker is excited about.

“This time we have the opening act of the new band, QSP and we have made an album, which I am excited out.

“The new album comes out mid January, so you are witnessing the birth of the act and the second half of the concert is me doing what I do.”

Dr Quatro says the evolution of this new band came about after a discussion at home with her family.

“About 10 years ago my husband and I were talking about me being an organic music player and how it feels right when I play bass.

“Don and Scott are like that and he said we should form a band and I thought that was a great idea.

“We had no blue print and started with covers and came up with an idea for an original and Andy and I wrote it.

“We have come up with something special and it sounds like we have been playing all of our lives – at this age it’s marvellous to be able to do that.”

There were rumours after the 2015 tour that Suzi Quatro was hanging up her bass guitar and that she wanted to give touring a rest.

The legendary rocker and accomplished actor says that is something that will never happen.

“No I just don’t and I never have (thought about retiring), it is crazy but that is just me – I love what I do,” she said with a chuckle.

“Music is organic and immediately satisfying and acting you have to get into the role and become another person, so they are different but I also love rock n roll for its immediacy.”

The leather-clad Queen of rock says she is looking forward to returning down under.

“I have been coming to Australia my whole career and developed a love affair early on –it’s just that we get each other, whatever that is,”

The 66-year-old rocker says part of the attraction of her shows is that people remember her from the seventies – a tough time to be a woman in the music industry.

“Early on in my career I broke through the stereotypes by not seeing the negative side of what I did and remained true to myself and didn’t change anything.

“How I sang or stood and I was unique and that broke the mould. I didn’t have a role model and nobody had done it before and I held onto what I had.”

Suzi Quatro performs at The Crown Theatre on Saturday, February 11. Ticketing details can be found at suziquatro.com.au 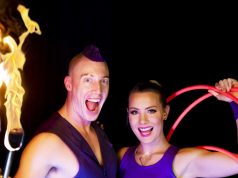 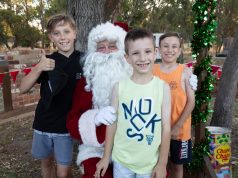 Local movie buffs get their inner elf on 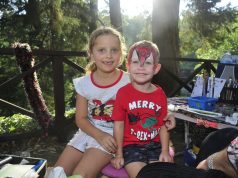 Festivities feature a variety of talent 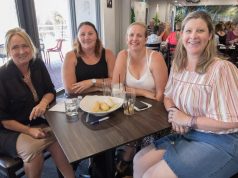 Saying a big thank you to our vollies 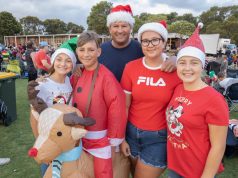 Rain does little to deter crowds at this year’s carols 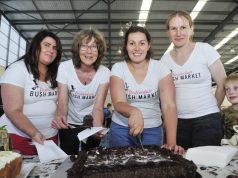 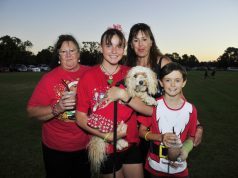 A host of talent on offer for this year’s carols