The cities of Armadale and Gosnells continue to be among the cruellest cities in the state, with RSPCA statistics revealing they are firmly in the top 10 worst local governments for animal cruelty.

RSPCA WA received 6444 animal cruelty reposts last financial year, more than 17 a day, and Armadale and Gosnells are among the worst offenders.

Gosnells is ranked fourth in the state in the 2021/22 statistics, behind Swan, Wanneroo and Stirling, with 354 reports of animal cruelty, up one position from its previous ranking of fifth.

Troublingly it would seem Gosnells is on an upward swing, with cruelty reports going up consistently since its 2018/19 result of 334 reports.

Armadale recorded a five per cent drop in reports, down from 331 to 313, however its ranking as the sixth cruellest local government area went unchanged.

Ill-treatment of an animal was by far the leading cause of reports, given its broad nature, with 30800 calls to the RSPCA, above sick or injured animals not receiving veterinary treatment (1355), instances of animals with insufficient food or water (1236) and unnecessary harm (903).

RSPCA CEO Ben Cave said that while cruelty reports had slowed, more than double the number of animal cruelty offenders had been sentenced in 2021-22, compared to the year prior.

“This may indicate there is more serious offending occurring across the State, such as deliberate violence and extreme neglect,” he said.

“Reports about owners failing to seek vet care for sick or injured pets spiked by 20 per cent last financial year.

“‘Reports about animals allegedly being beaten or intentionally wounded were up 15 per cent compared to 2020-21.

“Looking at these numbers, it can be easy to feel disheartened, but it’s important to remember that every offence reported is a person speaking up and being a voice for animals.” 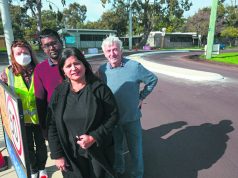