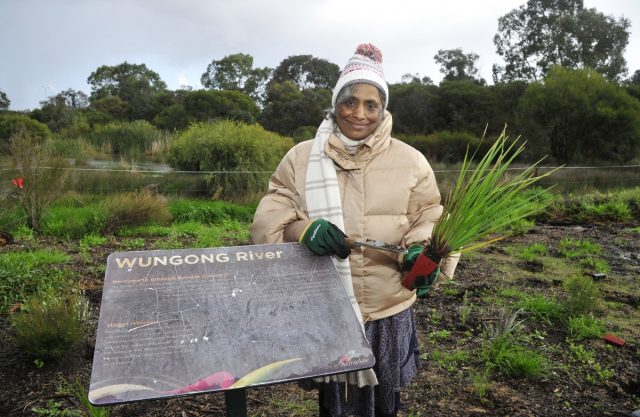 Despite the rainy weather, a lot of volunteers turned out to help plant seedlings.

Senior Landcare Officer at Armadale Gosnells Landcare Group Shane Hunter said there was an amazing turn out despite the forecast rain and wind.

“It turned out the forecast was correct, and we even had some hail,” he said.

“We decided to call an end to the planting after the brief hailstorm, as the winds had picked up quite a bit and many of our volunteers were soaked from the rain.

“But we managed to plant 3500 native seedlings and enjoyed delicious pancakes all morning. So, it was still a lot of fun.”

According to Landcare SJ Executive Officer Francis Smit, there was about 80 people at the planting event held at Mandejal Brook Reserve.

“It was an absolutely phenomenal turn out given the weather,” he said.

“Some people who came earlier in the day couldn’t believe the turn out as well.”