As of last week, seven Aboriginal children in WA had killed themselves in 2019.

Five of those children were girls, aged between 10 and 15 and many had posted on social media days before, complaining of constant bullying and racism.

In addition, during the same week, the Productivity Commission’s report into government services showed that potentially avoidable diseases were killing three times more Aboriginal people than white people every year.

It is statistics like these, which have spurned Member for Hasluck and Minister for Indigenous Affairs Ken Wyatt, as well as local elders, experts and organisers, to say enough is enough.

Mr Wyatt met with Noongar elders last week as part of a series of visits to communities around the state in a renewed effort to put funds, support and awareness behind the plight of Australia’s Aboriginal youth.

“I suspect if these were non-Aboriginal kids dying in affluent suburbs, the public outrage and media outrage would be far greater,” he said.

“But the scale of this tragedy will not be found in those areas because it is born of many factors far less common in average Australia.”

It is a sentiment shared by those who work directly in the community.

Richmond Wellbeing, WA’s only Rainbow-Accredited mental health agency, works predominantly with youth throughout the South-East Corridor, especially in areas like Gosnells and Kelmscott.

The organisation’s CEO Adrian Munro said the massive rift in understanding between white and black culture, particularly in relation to regional areas and rural communities, cannot be understated.

“I’m a clinician, and I can tell you from a clinician’s standpoint that their (other clinicians) answer to this question is to just hire more clinicians,” he said.

“But that’s not the answer.

“Basically anyone who has been talking about this, who hasn’t seen it with their own eyes, they don’t have the answers and I include myself in that, as a non-Aboriginal person.

“What we can do is support and enable Aboriginal people in whatever way we can to find those answers for themselves.”

The push for more autonomy in communities nation-wide has garnered more attention recently, with Member for the Kimberley Josie Farrar calling for a hearkening back to traditional law, joining Mr Wyatt’s calls for more focus on social outcomes.

Mr Munro agrees with both sentiments and said any remedy to the endemic of Aboriginal suicide must take into account the full scope of what is missing culturally, socially and economically.

“The way that I look at it, we need support for Indigenous youth, both in the city and in the country, right now,” he said.

“We can’t wait for another report and another group of people sitting around a table talking. We need it now.

“We also need to have culturally informed services, which is something that’s so often forgotten.”

Mr Munro said the rift was causing issues as dire as older Aboriginal people foregoing treating serious health issues due to a distrust of hospitals.

“You can’t escape the affect that history and culture has on identity.

“We as a culture need to let go of what we think we know, and accept the fact that the people who know the best are the elders, because it is their culture, it’s their history.” 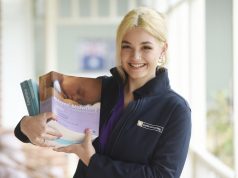